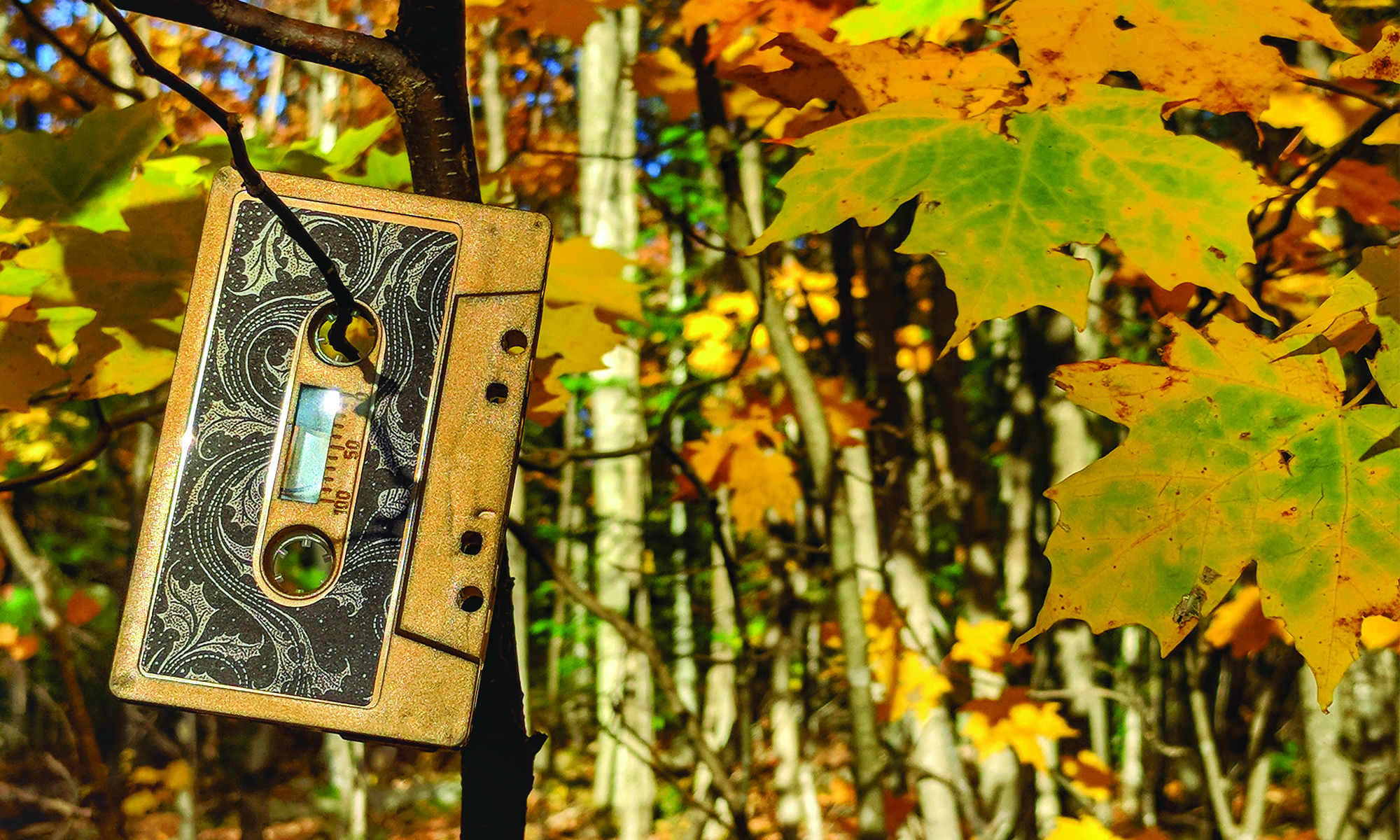 This tape was a freebie from Levitation Records & Tapes, thrown in when I ordered the previously reviewed Charcoal Squids Cassette. The cover art features a paisley brown wash design and clean typography. The tape is a copper brown color with paper stick on labels marked “This side” and “That side.” According to the fine print on the cassette label this tape was recorded in “3Deep Space Full Alien Sound.” I’m guessing the interface with the aliens lead to the abundance of reverb jamminess throughout this recording!

The first track, titled “On The Road,” opens with a wash of jangly guitars and vocals. The beat has a super chill and plodding feel, once to the halfway point the guitars really open up, making for some huge and beautiful guitar work. Sonically the riffage just melts in my ears!

Next up is the track “Golden.” The guitars bring forth an almost underwater level of reverb. This song is a bit more straight forward garage rock than the previous.

Next up is the third track, “For Your Love.” Leading in with a rambling guitar line and the vocals shortly thereafter. The song has a plodding repetitive rhythm, repeating the main guitar line for most of the track.

“Tallest Highrise” has a super chill vibe, the drums and guitars are mixed below the vocals, giving this track a different feel. I would say ethereal, ever moving forward, ever moving up, consistently moving higher and further out, ending with a fade among the clouds….

“I’m Gone,” an instrumental, closes out the first side. This song slowly comes into existence with an epic long fade from nothing, reaching full volume at about a minute or more. Once at full volume the guitars shine; featuring powerful, long, chords. The payoff from the long build culminates with crashing symbols, full drum kit, and loud guitars, all done just in time to flip the tape.

The second side brings “Head Full,” right out the gate the sound has shifted into a more straight forward rock feel. The song melds into a garage rock frenzy, simple bass and drums with spacey guitars and vocals, an definitive change in sound from the earlier tracks. The song fades out in a satisfying wash of feedback.

“Fall With Me” dives in with a straight forward rock beat. Everything is soaked in reverb. Bass and drums keep the rhythm while everything else washes around the outside. The next track, second to last, titled “There’s No Us,” consists of strummed guitar with tambourine accompaniment for the rhythm. Spaced out guitars slide in and out with various tones and sounds on the peripherals of the mix, meanwhile the vocals sit just over top.

The closing track, titled “Xy,” plods into existence. I would call it a space western sound, leading me to think: maybe this was recorded in a smoky bar on some far off planet. I like the looseness of this track, way more jammy. The looseness is a refreshing finish to this album.

Great production throughout the tape, the songs would be perfect for a long rambling road trip. So, go get lost in the woods with this stuck in the tape deck and let the reverb guide you. The full album is up on YouTube and Spotify, look below for links.