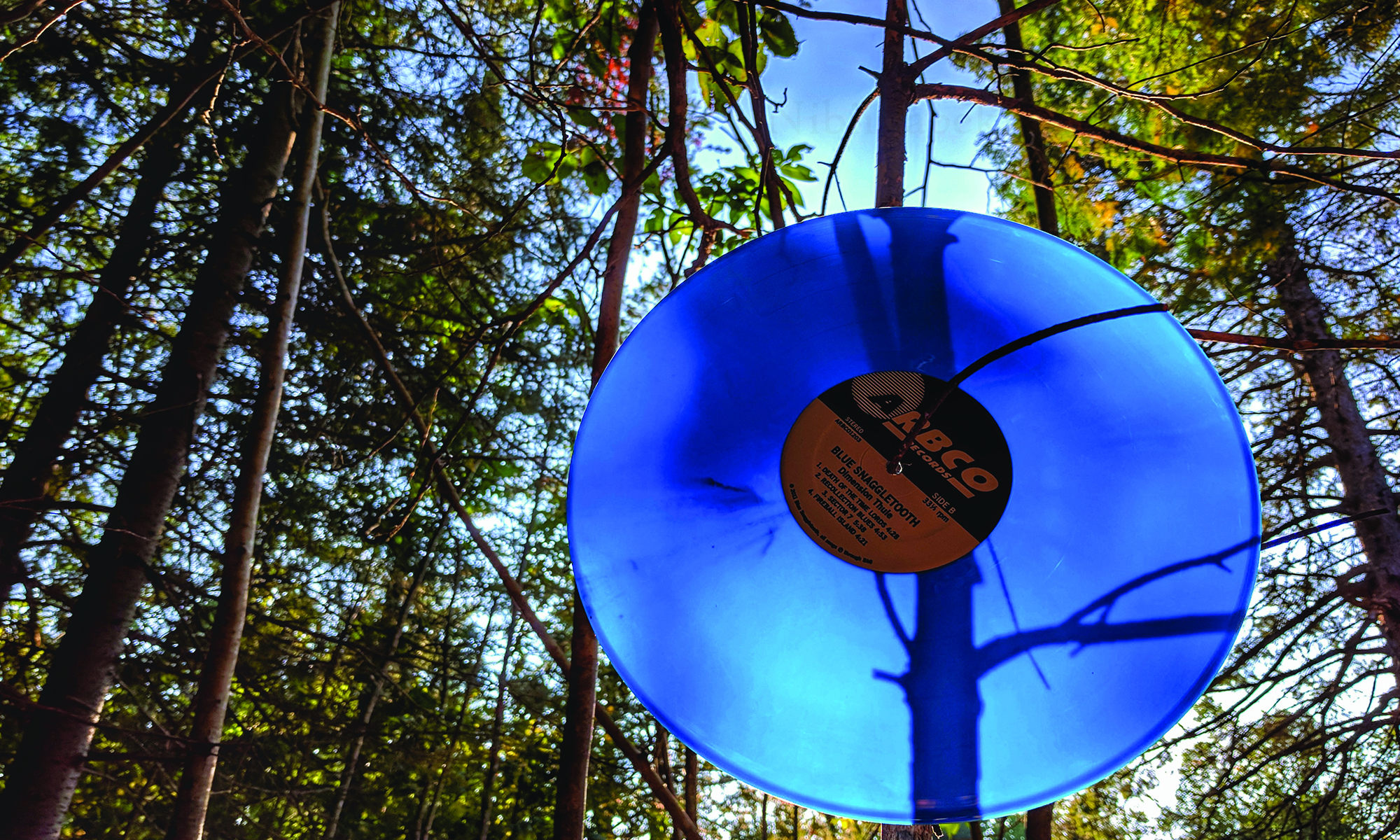 This record has a wow factor the moment you pop your eyes on the cover! Super vibrant, black light sensitive theme all over the cover. The vinyl itself is a popping blue, adding that extra touch to tie the whole package together.

The sounds contained on these ridges of vinyl are of standard stoner rock fair; very reminiscent of Red Fang and the like. The mix puts the drums and vocals right out front, with the guitars just below. Well recorded, the overall production of this release is amazing. Whether it’s the rad cover or the well recorded and mixed sounds within.

Hints of blues rock with that stoner twinge, the riffs contain a galloping stomping rhythm and jamming guitars. The third track, “Insomnia,” really connects hard to that blues vein. The vocal style changes a bit on this track, creating a strong and satisfying delivery.

The fourth track is titled “Death of the Time Lords.” This one brings another style change, the riffs lose the galloping riffage and go into a sparser chugging style through the intro. Half way into the song it gets back to gallop town. The song “Sector 7” has a great slow simmering build in for the intro. Bluesy guitars and guitar rumblings bring the storm in slowly with minimal drums. Much slower and noisier, simple and effective. It makes great use of lots of effects, coming in and out, making for an almost psychedelic blues feel. I found this to be a very satisfying listen and a standout track.

The closing number, “Fireball Island,” is the fastest track on the record. This one leaves the blues behind and stretches out to an almost thrash sound. Easily double time from the earlier tracks, guitars are shredding, drums are pounding, and vocals are gnashing right over it all. A powerful closing track!

This was the first album these guys released, and looking at their current BandCamp it appears that Blue Snaggletooth have 2 more releases under their belt since this one. Click the links below to hear the sounds.