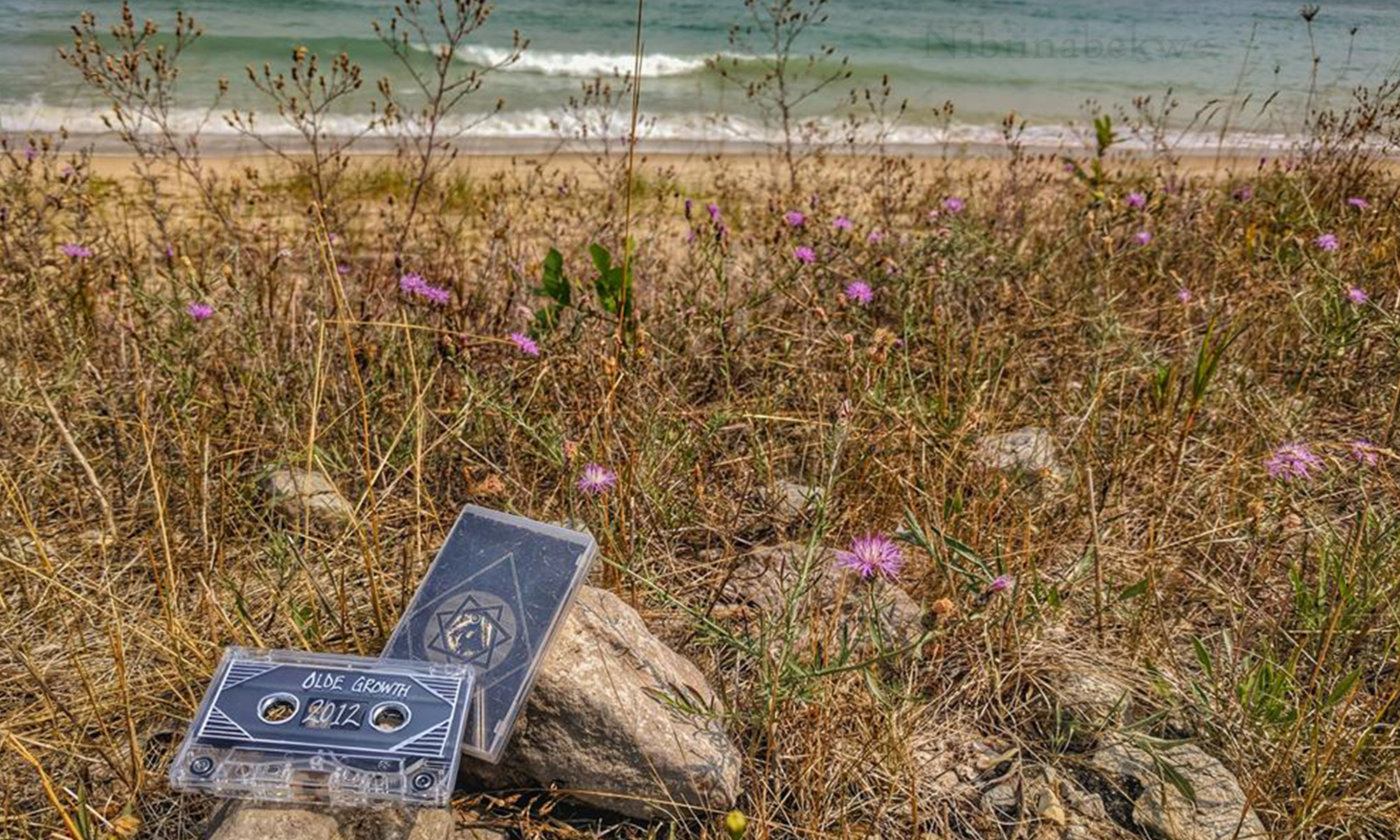 Olde Growth is a 2-piece bass and drum group from Boston. This tape is the second and final release, and a pre-release to the Vinyl that Hydro-Phonic Records put out officially retitled “Owl EP.” I was lucky enough to pick the tape up from these 2 dudes at a show in Boston.  When I was researching for this review I realized that the later released Owl EP was the same tracks as what is contained on this cassette. I snagged the “Owl EP” off Bandcamp and compared. The tape has some audio artifacts from the dubbing and the limitations of tape. The sound of the digital files is much fuller and less distorted. Saying that, I did thoroughly enjoy the character that the tape flavors added to the mix. 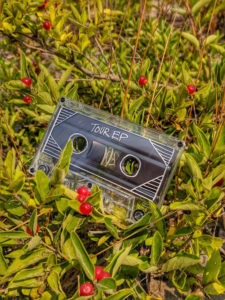 This tape is in a clamshell cassette case, with a lightweight paper style cover that wraps around both sides. The cassette itself has a paint-marker embellishment on both sides and has audio duplicated to each side. With the full album on side A and B you don’t have to rewind and flip endlessly!

The sound that is Olde Growth consists of a super heavy, groove-oriented base that flows in and out of classic stoner rock. The drums are tight and carry the songs well, while the bass fits into its own pocket. Even without a guitar lead present, sounds pop in and out. Slow rumbles and combines with more intricate phrasing, melding in with a strong vocal delivery. 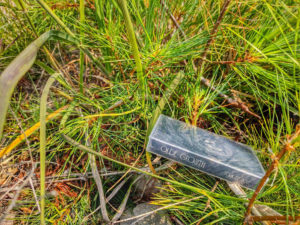 The opener track, “Brother of the Moon,” comes in with a simple clean bass line, followed by the drums and then thick bass waves of distortion. Heavy, in all the right ways, finally the song builds into large chords that fully bring the ears into the woods. Finally, to bring the song to full throttle the drums step into a stomp and the bass flips over into more of a lead style delivery. The drums and vocals carry the song from here, while the bass chugs slowly just below.

The transition into track two, “Warrior Child,” is near seamless. The feel and the groove are similar to the previous track. Drums lead the charge, vocals and chugging bass lines right beside. Another great song, fun to tap along to and keep the head bobbing.

The third track is “Tears of Blood.” This brings a departure from the first half of the EP. The riffs are again in the galloping stoner rock feel, but the hook is more prominent. The crashing chords and vocal delivery, at the end, is by far some of the heaviest moments on the tape. One of my favorite parts about this group is the way that the bass transitions from standard rhythm to thick chords. This sound, this style, really lends to the heaviness of Olde Growth.

“Edge of the Sea” has a great hook, the vocals reach a near singalong status. Fun, dark, and full of good imagery, the music underneath helps to transport my mind. I love closing my eyes and taking in the waves. This song is pure fun, full of that classic stoner rock bounce that keeps my head nodding.

I had always meant to pick up this album, never realizing that I already had the album on my tape rack! Hilarious! I still want the vinyl, I imagine it has a much better audio treatment than this tape. I believe Olde Growth is on hiatus, and they will be missed. Click the links below to check out the music for yourself. 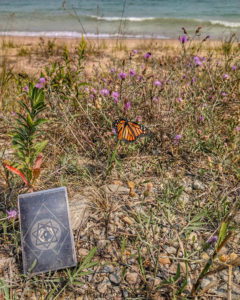 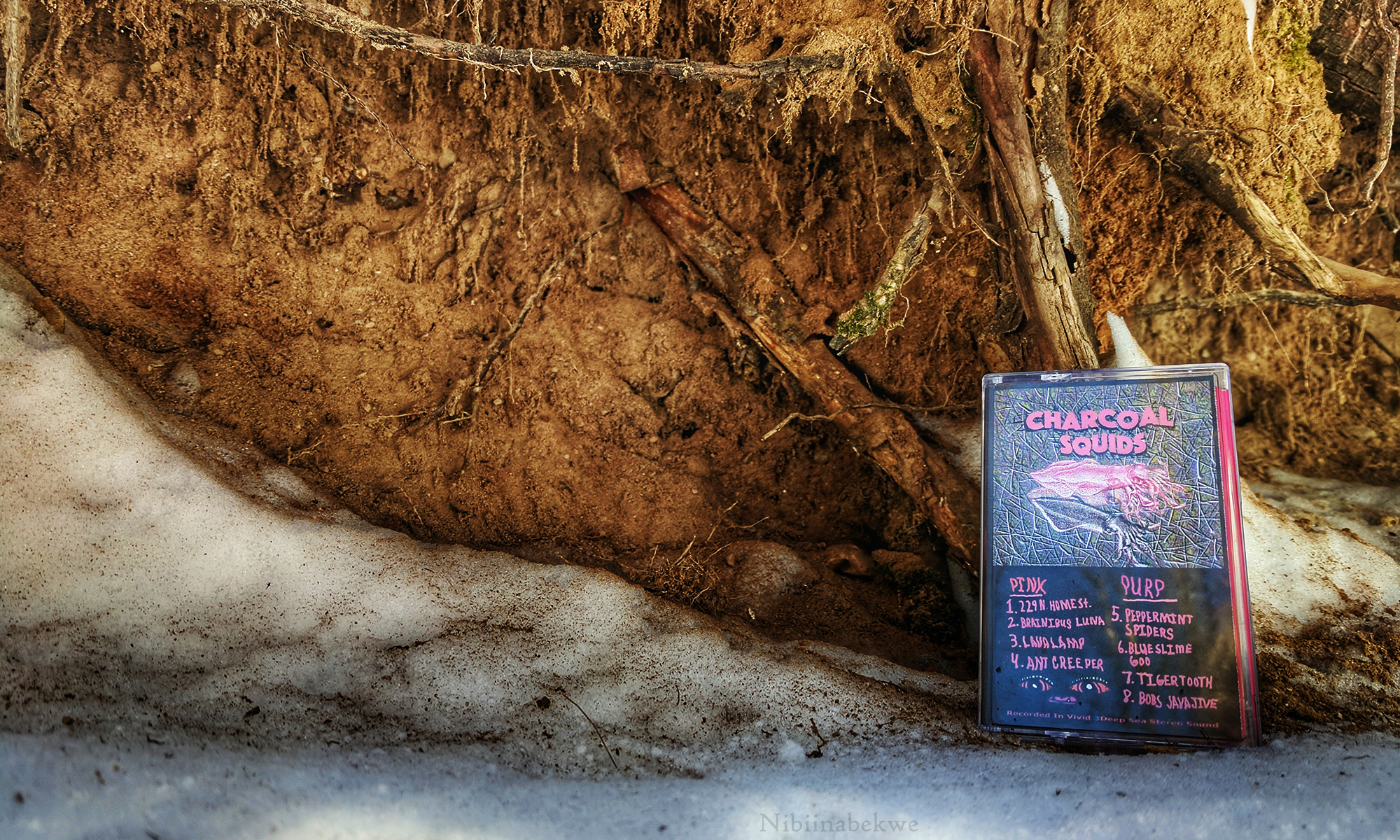 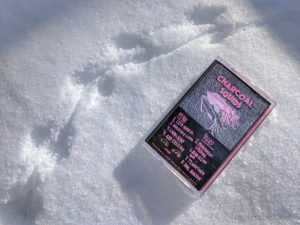 Previously I had never heard of Levitation Recording & Tapes or of the Charcoal Squids. One of the exciting parts of this blog is reaching out of my known territories and discovering new bands and labels. I take enjoyment exploring DIY small runs of cassettes, with bands I have yet to hear of. This cassette I picked purely off of the write-up on a web store and the cool factor of the artwork, this looked like the dirtiest nastiest of the bunch! Psychedelic surf? Sure why not!

The cassette itself is a sweet magenta color, with paper labels in a clear case, with slick looking J-card. DIY as F in the best way, the text and fonts on the J-card give that underwater feel, preparing the eyes and ears for the oncoming sonic adventure! This tape was put out in a limited release of 100 from both Levitation Recording & Tapes and Ghost Carrot Records from Missoula, MT. Well laid out, recorded, and packaged – the trifecta for DIY tapes.

The sound these guys create is a noisy, psychedelic, surf extravaganza. Listening to this modern take on surf is really refreshing. This is what I imagine you would get if you took a standard dirty, smelly garage band and dropped them overboard to be soaked in ocean fuzz. Fuzzy hooks soaked in reverb, dragging along the ocean floor, occasionally popping out with some explosion of insanity. 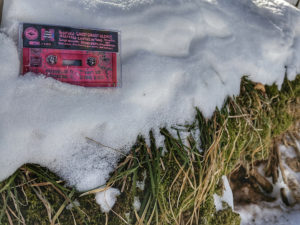 The recording of the album is spot on! I could hear all the nuances in the recordings, and all instruments share the space well. I really struggled with breaking the different songs apart and picking favorites. When I listen to the album it all just flows together really well. It plays in a seamless way that makes the entire album listenable as a piece. No one hit wonders here, you must take the whole journey! 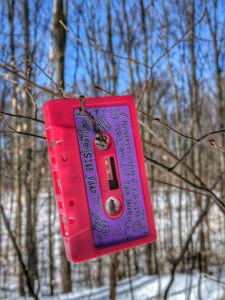 That being said the hooks in “Peppermint Spiders” bounce and stick in my brain like a half eaten candy cane sticks to a wrapper. Simple, clean riffs full of fuzz and hazy hooks. This fully encapsulates what is the great uniqueness that is Charcoal Squids and the soundscape that they meld! So, after close examination, I can choose that as my favorite track.

I look forward to delving further into the catalog of these guys! Links below for the music and more! 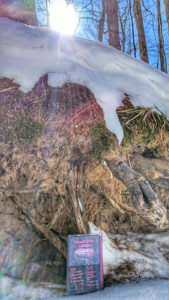 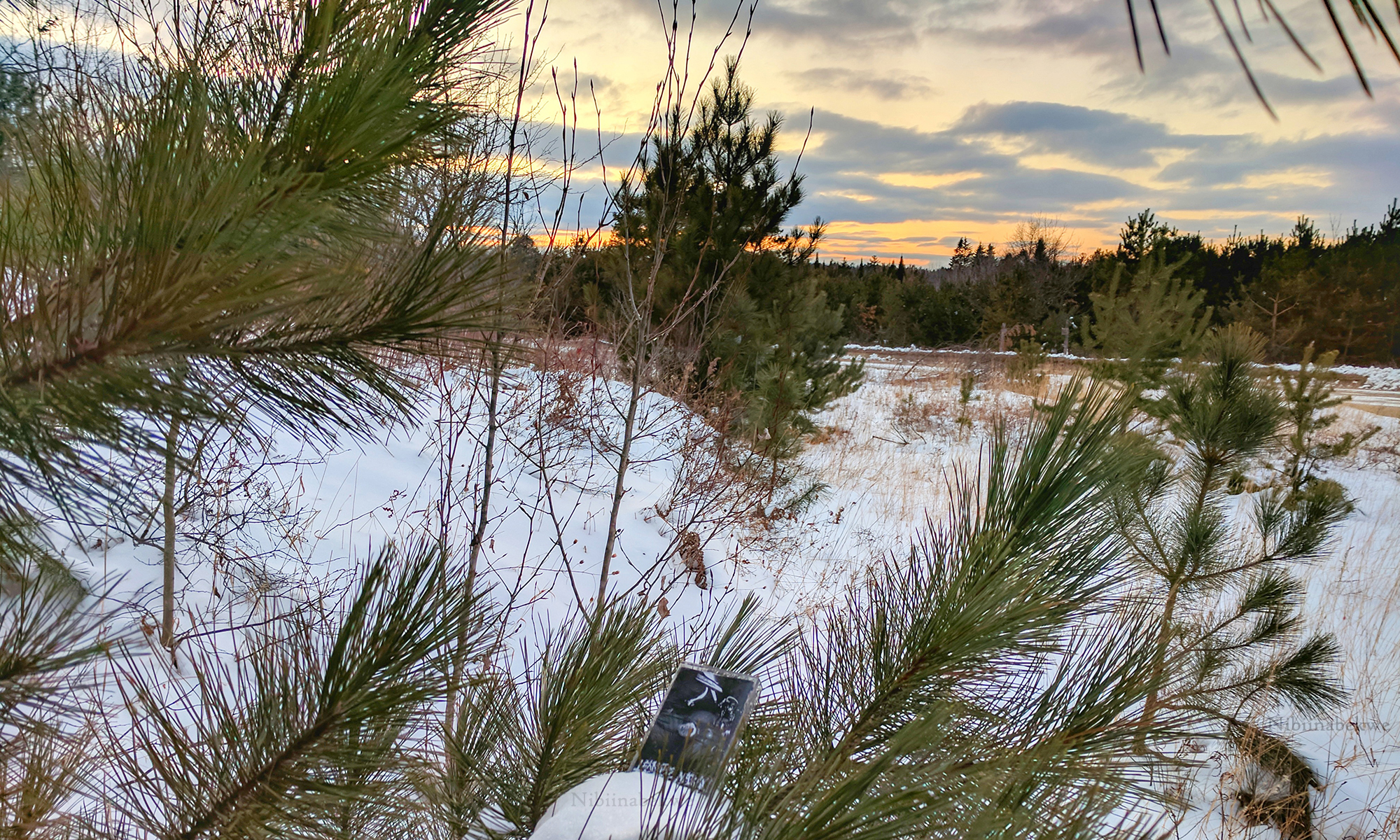 This cassette is a split of two grind bands, Nakay and Chronic Demise. The J Card is a printed folded paper with the band names and a track listing. The tape itself is plain grey clear color with just simple markings for each bands side. The tape looks to be a DIY job as I would expect from grindcore bands, although the cassette itself may have been pro done, as it sounds consistent. The labeling on the tape looks like it was pro done, even if it is just a stencil of each bands name, so either way, good job guys. 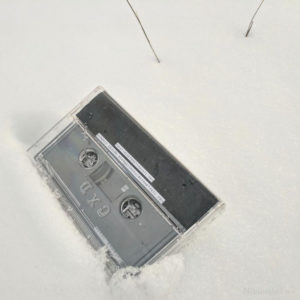 Nakay’s side starts right in and does not relent for the whole side of the tape – blast beasts, guttural vocals, with brief spattering of samples / effects in the transitions. The grinds are fast as fuck, and beyond tight, guitars are thick and the vocals are powerful and present in the mix, just at the right spot. 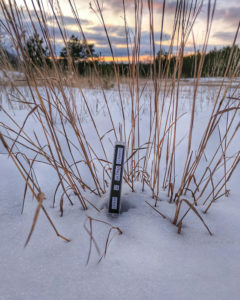 The Chronic Demise side brings a stark contrast, starting with slow sludge riffs that transition into grinding fast blasting sections. Big fat riffs, big thick cords, nasty grinding parts and shrieking vocals, not as fast as the Nakay but the slow-fast effect makes up for that.

This was another pick out of my racks. I sometimes get these tapes and listen once or twice, and forget. With this project I get to really delve in, take time, and listen to the nuances in the sound each band put forth. As far as I can tell Nakay is still active, while Chronic Demise seems not to be. Links are below to band pages for each. 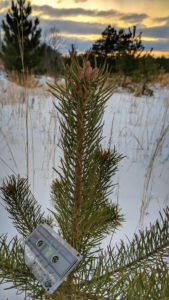 No labels, no bullshit, just 10 minutes of grind. There is an email address printed below the track listings on the back of the tape, no middlemen here. Just put the tape in and shut up already. I like this part of grindcore. It’s about the music, anti capitalist, anti everything. I can dig that.