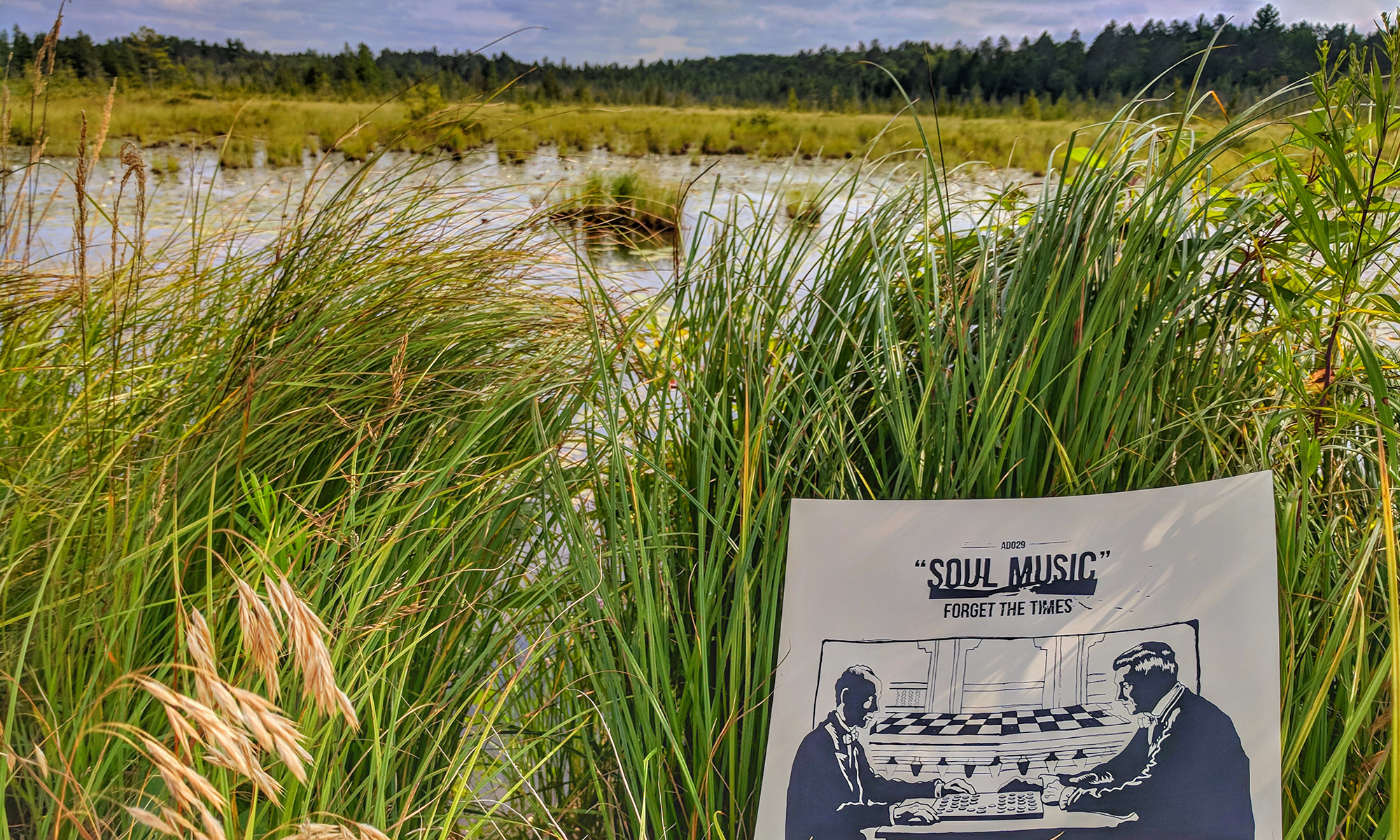 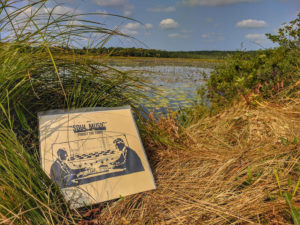 Forget The Times are a noise rock band from Kalamazoo, Michigan. This release came out in 2012 on “Already Dead Tapes.” The treatment of this record features a simple fold over style heavy weight paper cover and standard black vinyl. The graphics on the cover art are a line drawing featuring 2 men playing a game looks sort of like checkers, maybe. Additionally the center logo on the record itself is a nice touch. Great layout and design all the way around! 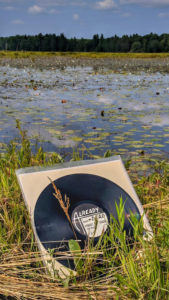 There is a sound that is contained within this record, I would best sum it up as a frenzied jazzy wall of noise. At moments, part jam band and the next moment jazz ensemble.

The intro song, “Romans in Storage,” has what sounds to be a zombie chorus. Short and noisy it’s over as quickly as it begins. Up next, “Marion Morrison” has a sparse sound that I found really enjoyable. The drums are plodding an almost rudimentary beat, while the guitars jangle back and forth across the stereo field. The song has a looseness and effortlessness that is refreshing, overall just real chill and enjoyable.

The longest track is “From The Basement To The Grave” which again brings sparse guitar noise and accents as the mainstay, while small hints of jangly percussion clank alongside, but not really with. The song has the feel of a total jam, unplanned chaos and noise rule throughout. At 6 minutes in I find myself wondering where is this going, what am I doing here, who am I.

The track name and sonic landscape that comes next is “Alarm Clock Celebration” and it works to cleanse the ear pallet from the 8 minute jam that preceded. This track is short and brief. I like it!

“Dead Slint” is as much of a normal song as can be had on this album. The drums are formulating a more standard beat and the bass carries a rhythm alongside. The guitars stay in the realm of twinkly stereo noisescape.

The second to last track clocks in at just over seven minutes and consists of a return to the free form style jam. This song seems to have a beginning and an end – but the in between is a mess of guitar noise and ramble jamble drums.

“Pillows And Blankets” is the closer, with a more structured back bone at the outset. The bass carries a rhythm as guitars swell alongside in a slow drone. This is a nice change in the pacing of the chaotic mess that had been so prominent in previous tracks. Simpler, bordering on drone, this track has some of my favorite moments on the album. The sparse openness that is achieved allows everything to breathe, and lets the tone of the drone shine.

Forget the Times are unconstrained and with that not everything is a hit. However,  when it is, it’s very memorable. The recording is spot on, the artwork is stellar, and the music contained is unique and interesting I look forward to delving into the catalog further with this group. Click the links below to check out more about these guys and the label.

Forget The Times On Bandcamp