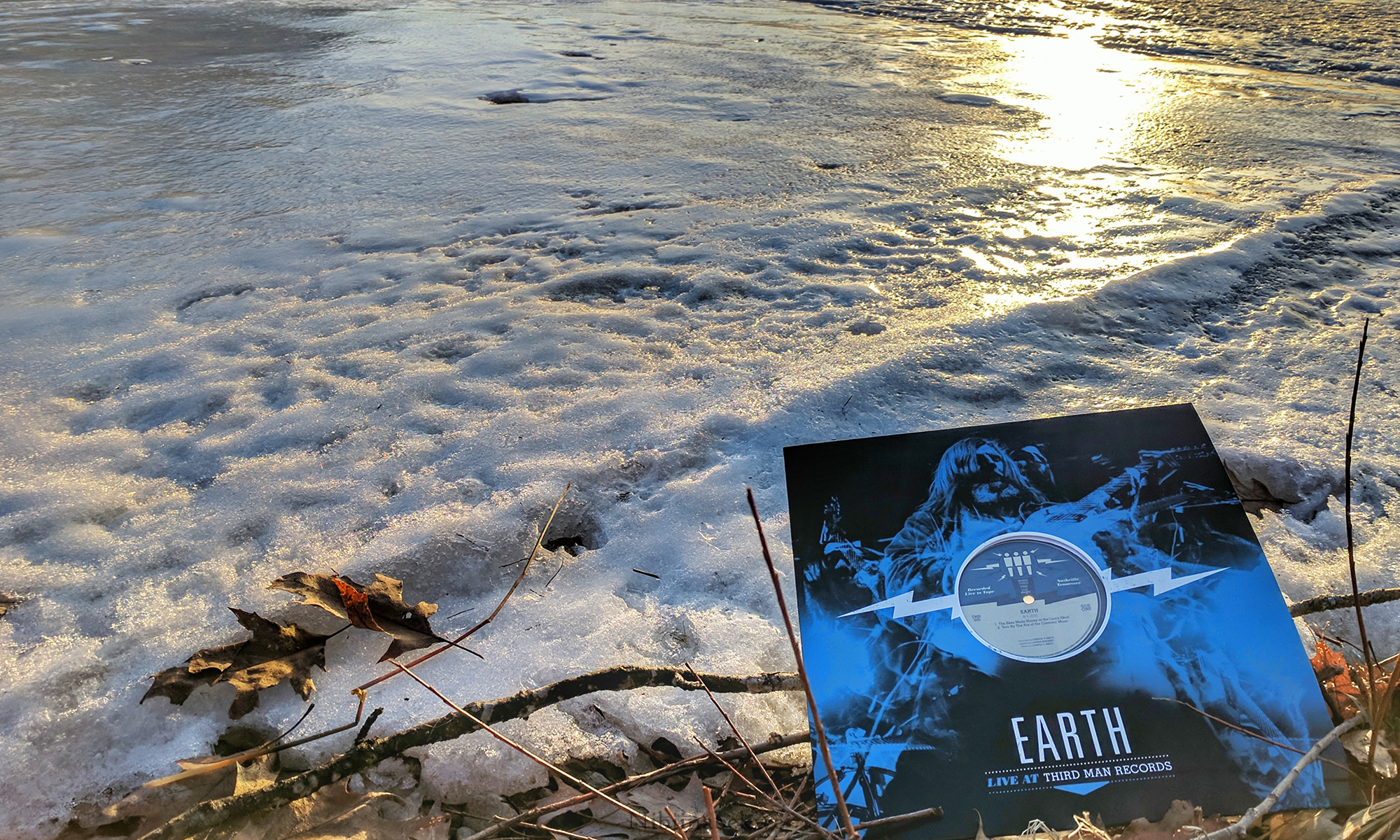 Earth – Live at Third Man Records is the second part of a 2 part experience. The first being Boris – Live at Third Man, both recorded on the 2016 tour the bands endeavored together. I had the privilege of checking the show out in Grand Rapids, which stands as one of my all time favorites. I had yet to catch them live, and the chance to do it with not only with Boris, but with a stripped down traditional setup of drums bass and guitar from Earth. Dylan Carlson even came out for the encore at the end of the Boris set, playing an old Earth song with Boris!

Earth – Live at Third Man Records came in the standard black vinyl and was recorded in Nashville live to tape. Earth came to Nashville for a show and were able to capture all of the momentum from tour on this recording. This mix of is a great cross sample of everything that I love of them. Slow repetition building and slowly moving, the sound is heavy as hell. Carlson’s guitar is present and fills the air, it brings me right back to the show. The cover features a sweet shot of Dylan Carlson from the recording session, in the standard Third Man Records blue and black color theme.  Earth dropped in, set up, played their set, and BOOM here is the record. How cool is that?!